I don't care if these people, Kongress, Supreme Court, Republicans, Democrats, Libertarians, Green Party, Pseudo Independents, etc. get mad, I WANT to get people angry! I WANT TO SHAKE HELL FROM IT'S CENTER TO IT'S CIRCUMFERENCE as well as an APOSTATE, BACKSLIDDEN FALLEN NATION (THE UNITED STATES OF AMERICA) who has intentionally turned her back on God, Jesus Christ, the Bible and the Constitution as well as killed over 100 million babies!! 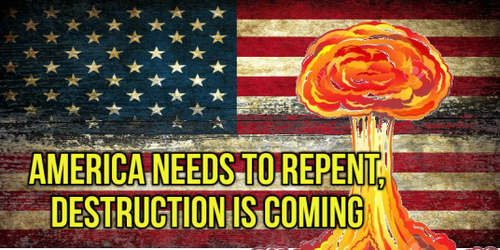 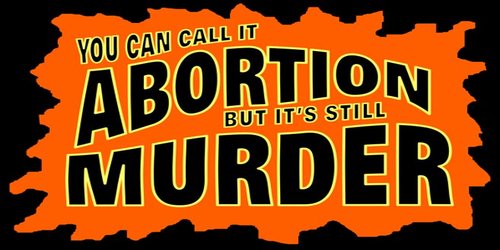 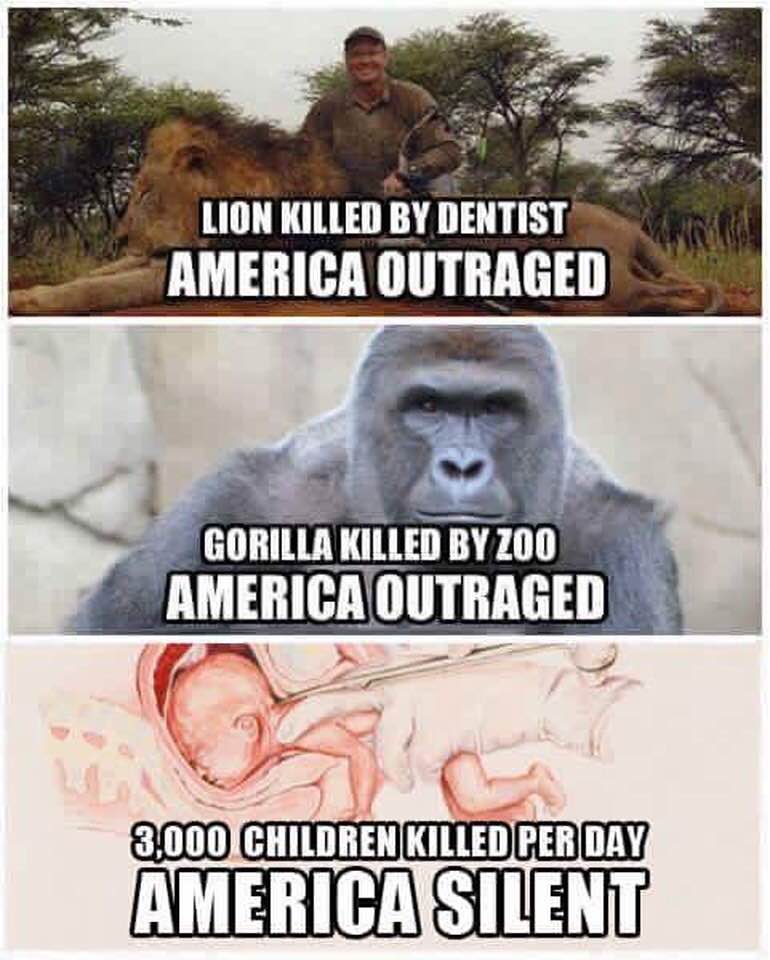 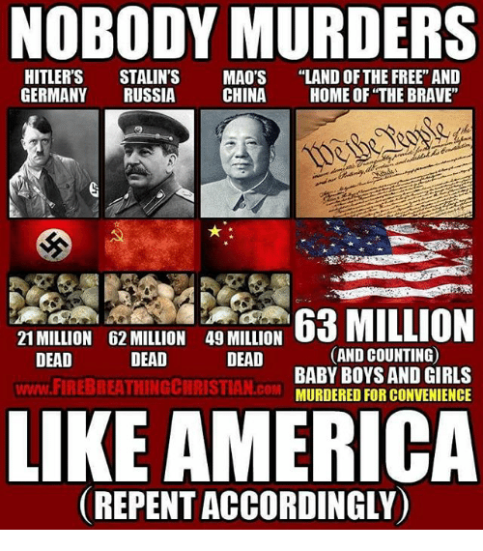 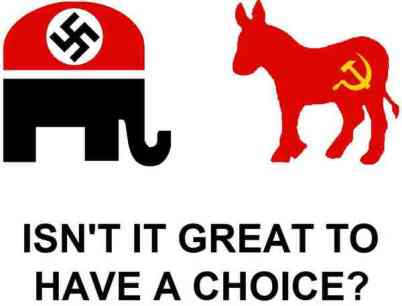 September 6, 1966 is an important, but little known day in America's history that should cause us to reflect on one of the greatest fascist & communist & nazi evils in today's world.

Margaret Sanger, the founder of Planned Parenthood, an organization that is a significant contributor to America's genocide of the unborn as well as the doctrines of Fascism, Nazism and Communism, died & immediately went to Hell; waiting for judgement day to be sent to the Lake of Fire, on September 6, 1966.

Given Planned Parenthood's false, Satanic & Luciferian claims that its goals are to provide healthcare for women, today is an appropriate day to shed LOTS of light on the true core values of the organization by examining the words of its founder.

These are 5 quotes from the founder of Planned Parenthood that will make your stomach turn inside out.
1. "Birth control itself, often denounced as a violation of natural law, is nothing more or less than the facilitation of the process of weeding out the unfit, of preventing the birth of defectives or of those who will become defectives.. If we are to make racial progress, this development of womanhood must precede motherhood in every individual woman". "Woman and the New Race," 1920

Here we see clearly stated that Sanger's goal was the extermination of all non white minorities and people groups she deemed to be "unfit." She saw birth control as a means to accomplish her Eugenicist goals.

2. "Apply a stern and rigid policy of sterilization and segregation to that grade of population whose progeny is tainted, or whose inheritance is such that objectionable traits may be transmitted to offspring." - from "My Way to Peace," Jan. 17, 1932. Margaret Sanger Papers, Library of Congress 130:198.

Forced sterilization of "the unfit" was commonly advocated for among Progressives of the late 19th and early 20th century. The founder of one of the country's largest abortion mills is no exception.

3. "As an advocate of birth control, I wish to take advantage of the present opportunity to point out that the unbalance between the birth rate of the "unfit" and the "fit," admittedly the greatest present menace to civilization, can never be rectified by the inauguration of a cradle competition between these two classes. In this matter, the example of the inferior classes, the fertility of the feeble-minded, the mentally defective, the poverty-stricken classes, should not be held up for emulation to the mentally and physically fit though less fertile parents of the educated and well-to-do classes. On the contrary, the most urgent problem today is how to limit and discourage the over-fertility of the mentally and physically defective". from Eugenics Value of Birth Control Propaganda 1921

The outright evil and arrogance of Sanger are on full display here as we can see some sort of god complex; as if she can determine who deserves life and who doesn't. All life is valuable no matter what circumstances an individual is born into!

4. "Again, however, we must stress the fact that in a national program for human conservation institutional and voluntary sterilization are not enough; they do not reach those elements at large in the population whose children are a menace to the national health and well-being." (Human Conservation and Birth Control, typed speech. March 3, 1938.)

Voluntary sterilization wasn't enough for this wicked, Nazi-Fascist-Communist Satanic Witch! She would stop at nothing to kill those she didn't like, which speaks volumes when you consider that the organization she founded has created a genocide of Black Americans and anyone that is not white.

5. "Our immigration laws forbid the entrance into this country of paupers, insane, feeble-minded and diseased people from other lands. Why not extend the idea and discourage the bringing to birth these same types within our borders. Let us stop reproducing and perpetuation disease, insanity and ignorance. Stop these and other evils at their source by a national policy and education of birth control." - from "Stop Perpetuating the Unfit by a National Policy of Limitations of Families." Published in "The New York American" December 28, 1921.

Much like Presidents Theodore "Teddy" Roosevelt (Republican/Fascist), Woodrow Wilson (Democrat/Communist) and the other Progressives/Globalists/Socialists of their day, Sanger didn't want immigrants coming to America and mixing with native-born citizens because she thought it would pollute their white bloodline. You can't get much more racist than that; on par with Hitler & Stalin!

The evil hatred in Sanger's words speak for itself.

As we reflect on these words, may we realize that without life, liberty can't exist. This type of thinking is not only vile, but antithetical (directly opposed) to the ideas in America's founding documents. For America's survival & to escape the coming Judgement of Almighty God has to REPENT of this SIN & start protecting the rights of the unborn!

The Bible has something to say about abortion!

Since I am in agreement with the Scriptures on this, to make this simple, below is taking from the Doctrinal Statement Section of My Website!

Jeremiah 1:5 states that God knew the prophet Jeremiah BEFORE he was formed in his mother's womb. Psalm 127:3 says, "Lo, children are an heritage of the LORD: and the fruit of the womb is his reward." Babies are gifts from God, and ultimately belong to Him. I believe that the killing of a child in their mother's womb for ANY reason is murder.

I BELIEVE that human life begins at conception and the unborn child is a living human being. Abortion constitutes the unjustified, unexcused taking of unborn human life. Abortion is MURDER!

I believe that life begins at conception and that abortion in any way for any reason is murder in the sight of God.

Today's Abortion is the same Satanic killing of babies just like back in the days of Molech/Moloch (Also spelled Milcom, or Malcam) when the babies were thrown into the fire of Molech being tortured!


And they built the high places of Baal, which are in the valley of the son of Hinnom, to cause their sons and their daughters to pass through the fire unto Molech; which I commanded them not, neither came it into my mind, that they should do this abomination, to cause Judah to sin.

In the Old Testament Jehovah Elohim ordered Moses that Capital Punishment be given to anyone yoking with Molech!

1. And the Lord spake unto Moses, saying,

3. And I will set My face against that man, and will cut him off from among his people; because he hath given of his seed unto Molech, to defile My sanctuary, and to profane My holy name.

4. And if the people of the land do any ways hide their eyes from the man, when he giveth of his seed unto Molech, and kill him not:

5. Then I will set My face against that man, and against his family, and will cut him off, and all that go a whoring after him, to commit whoredom with Molech, from among their people.

This Anti American Organization is ramming down the throats of the world their position that murdering unborn babies is a right, do the research as I will not link the satanists who support this Fascist-Nazi-Communist-Globalist policy in order to reduce the world's population! 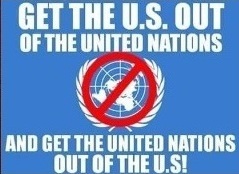 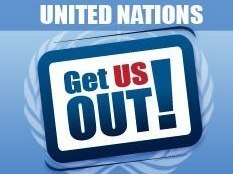 Revelation 21:8 King #kjv (partial) But the.....MURDERERS....... shall have their part in the lake which burneth with fire and brimstone: which is the second death.